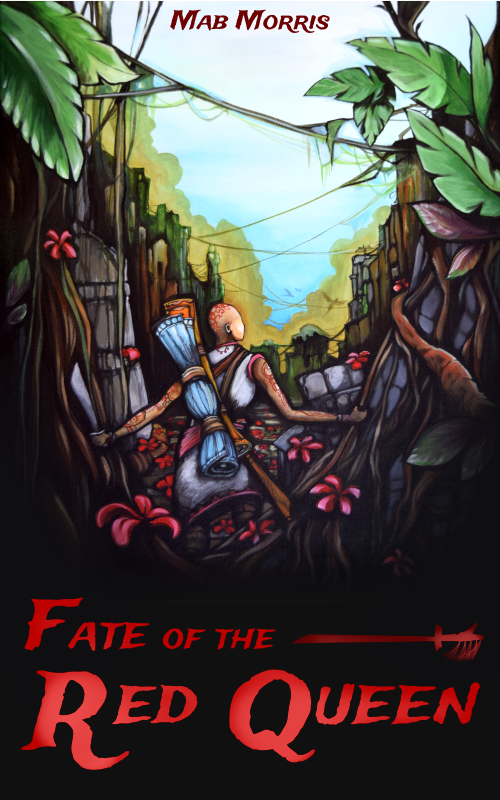 “The greatest strength of Fate of the Red Queen is its world-building, from which both plot and characters arise organically. This is not a story that could take place anywhere except for the Jungle of the Dead and its environs.  Fate of the Red Queen is a quietly compelling book that rewards the reader by providing answers to elements that seem impossibly contradictory at the tale’s start, but prove to be the heart of a mystery equal parts sacred and tragic.”

“Mab Morris is a fantasy author extraordinaire.  A master world-builder, her work will transport you to realms you thought lived only in your dreams and nightmares, and she is as comfortable orchestrating epic battles as she is dissecting the inner lives of her characters.”

“Thank you very much for the exposure of the Filipino martial arts in your writings. This is such a little known art with a rich history and common sense practically when actually used in combat. This is my culture and passion so thank you.”

“I am not defeated! If my body falls, it is only that alone which dies!”

Faced with a war she could not win, the Red Queen sealed her country’s fate with her final sacrificial pledge. Yezgyin was locked into undeath, the people and their enemies alike cursed to neither live nor die unless the spell could one day be broken.

Centuries passed, and history faded into legend. Kuen, a newly anointed Red Nun, escapes a vicious attack on her convent, and flees into the Jungle of the Dead. Amid the ruins of lost Yezgyin, she mourns the death of her mentor and all she has known, utterly lost to her grief. But the jungle whispers of her, and its otherworldly inhabitants welcome her as their new Red Queen, the one who will break their curse.

Kuen must find her way through the demands of the past and the hopes of the future, as the Red Queen’s ancient adversary returns to win the war that never ended. With the life and death of Yezgyin at stake, she must fight for her own fate, or she and the people of the Jungle will never truly live again.

Sample chapters are also available online through Amazon.  For fun, I’ve also made available a PDF sample of an old beginning.  Fate of the Red Queen – Chapter 1 This opening chapter was changed to what it now published, thanks to advice by authorLayton Green.  His books are among my favorites, and I am incredibly grateful he took the time to read sample pages and discuss them with me.  This is another stand alone book within the demi-god Humna’s arc.  It is absolutely not necessary to read them in order, especially as his arc is only inferred through the books.