Wine & Words is a monthly event where readers can meet writers.  It is a casual atmosphere, where you can get to know the authors in a way where merely meeting them at a reading might not offer you the opportunity.

Local author, bookstore owner, and history professor.His debut novel, The Palms, is Southern Gothic, Literary and has been getting some fabulous reviews.

Sixty-eight-year-old Ronnie Wells has recently been paroled for a murder he committed thirty-six years before. He lives in a run-down trailer park outside Pensacola, Florida, and busies himself by maintaining his trailer—it’s the nicest in the park—and never being late for work. Daily life for Ronnie changes when he befriends Mary, the seven-year-old girl who lives next door with her mother, Clara, a drug-addicted prostitute. The Palms weaves the stories and points-of-view of Ronnie, Clara, and Mary as they form a blended family and try to build a new existence. In Mary, Ronnie finds the daughter he never got to raise. Clara is reluctant to the friendship at first but soon realizes Ronnie is the only man she’s ever known who didn’t want her just for drugs or sex. 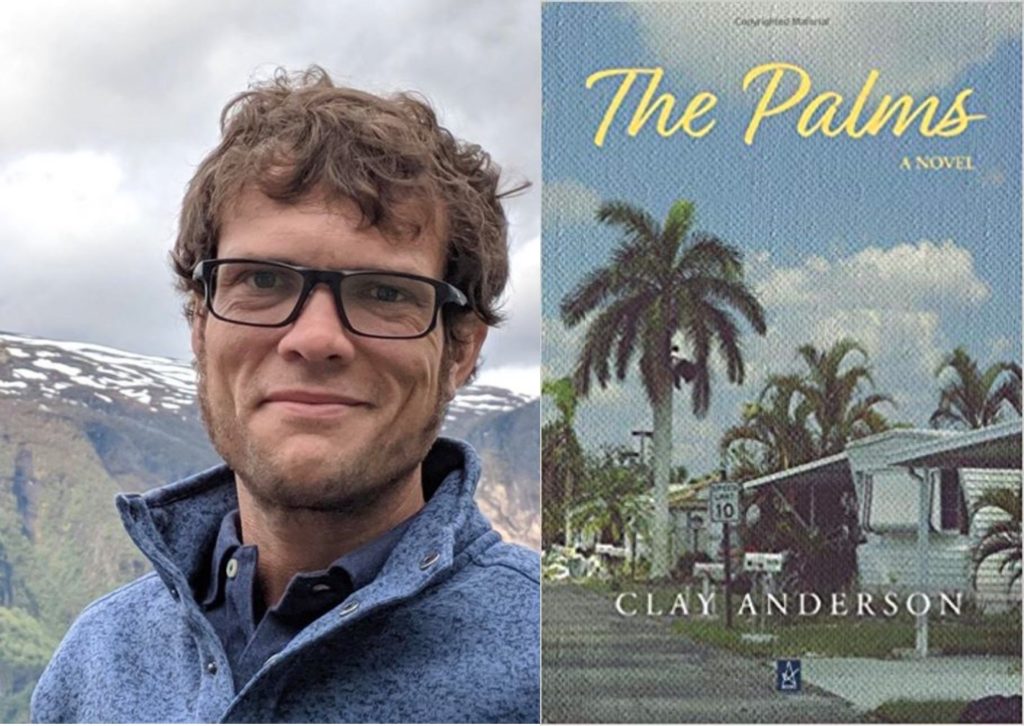 Clay Anderson is an Adjunct Professor of History at Reinhardt University in Waleska, Georgia. He received his BA in History from Kennesaw State University and MA from Mississippi State University. He has six diverse publications, fiction and non-fiction. These publications include two non-fiction book reviews in Texas Books in Review and East Texas Historical Journal, one non-fiction article in the Journal of Big Bend Studies, and three fiction short in the Fourth World Journal, Adelaide Literary Award Anthology, and The Bangalore Review. He is currently an MFA student in Creative Writing at Reinhardt University. The Palms is his first novel. He lives in the mountains of North Georgia with his two dogs.