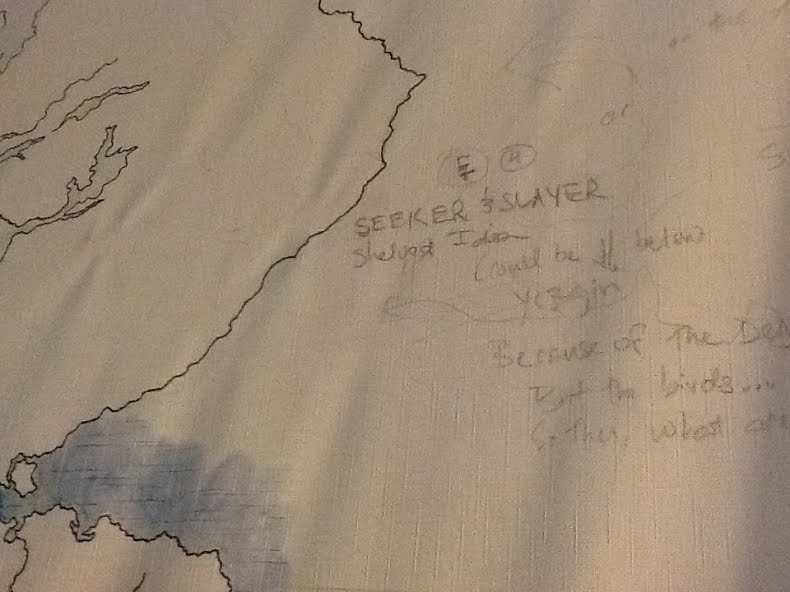 Back in the 1980s, I started a story I called Seeker and Slayer.  Even years later, when I started to really build Ihyel, I knew where the story would go. And yet, I wrote on the map: Shelved Idea.  I made notes.

The earliest incarnation of the story I have somewhere in my files.  Probably under “archives”.  There’s even a picture of the Steed–which had some incredible revolutions over the years–as a long black haired swan that apparently glowed blue.  That’s not what Steed looks like, now. What can I say, in the early ’80s, I was in high school, and probably among the most naive people there.  I was a more hysterical writer then.  Young. 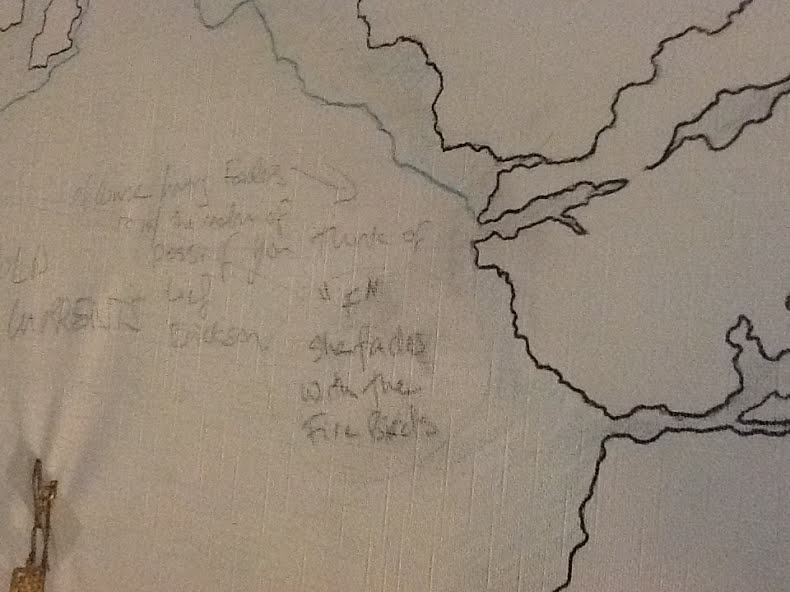 But apparently I knew something.  On the other side of the land mass/country (I have a larger map below for the curious), I wrote a note about the first story I ever wrote and got a rejection for. She Fades with the Fire Birds.  It did get published in one of the earliest e-zines out there.  That site has long since disappeared.  So I have it under “Books” amid the Sample Chapters section.  I also wrote a note about Lief Erikson.

Many years later, and two failed suspense novels later (I am a good enough substantive editor to know the plots and story do not hang well together!).

What I think is interesting to note, and I certainly  hope it’s useful to someone struggling with some bad ideas, or even ideas they know they have to shelve. It seems to have worked in my own writing, at the very least–and each writer is different. Sometimes they come back as something else, something new.  SOMETHING in the idea, the original idea, might not work for a novel, plot, character, or otherwise, but you can’t let it go.  But if you wait, and let your mind percolate in the background–if it’s good, it will come back, and it will become something worth writing.

The book I’m working over edits from a professional editor is the one inspired by an idea I had about 30 years ago, that tried to come out in two novels I refuse to consider publishing.  Seek the Monster isn’t the same as Seeker and Slayer, nor the other two books that tried to have the idea emerge.  But I’ve grown, and matured as a writer, and hope to continue growing and mature as a writer.  The shelved ideas, the failed ideas only help me grow, and better my writing. 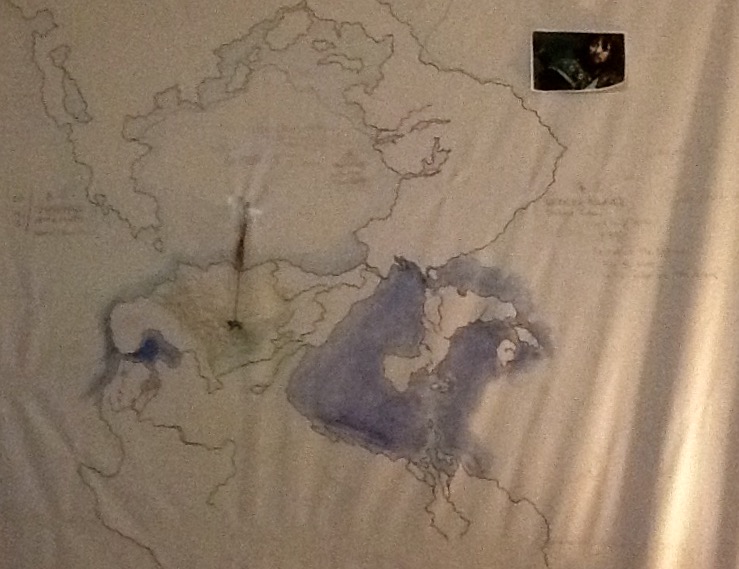